back to search results

The Salton Sea is located in Riverside and Imperial Counties, south-east of San Diego in the Coachella valley. A historically important feeding ground for migrating birds along the pacific flyway, it has only become moreso over the past 100 years, as 91% California's wetlands have dissapeared.
200,000 birds feed daily in the Salton Sea's 219,000 acres of wetlands. The sea itself has been slowly shrinking and becoming saltier despite mitigating efforts of Imperial Irrigation District (IID) and other local, regional and federal agencies. The increasing salinity, along with other factors, has led to the near dissapearance of fish but has also led to the introduction of different invertebrate food sources for new species of birds, particularly waterfowl.
Delivery of fresh water to help maintain the lake level ended on December 31, 2018. The State of California in partnership with Fish and Game, IID and other agencies have developed a plan that will expand wetlands and some fish habitat on the perimiter of the lake, while allowing the lake to shrink and saltify naturally.
In this image, birds and birders at the Sonny Bono Salton Sea National Wildlife Refuge. The SBSSNWR is a federally-managed network of wetlands and fields. 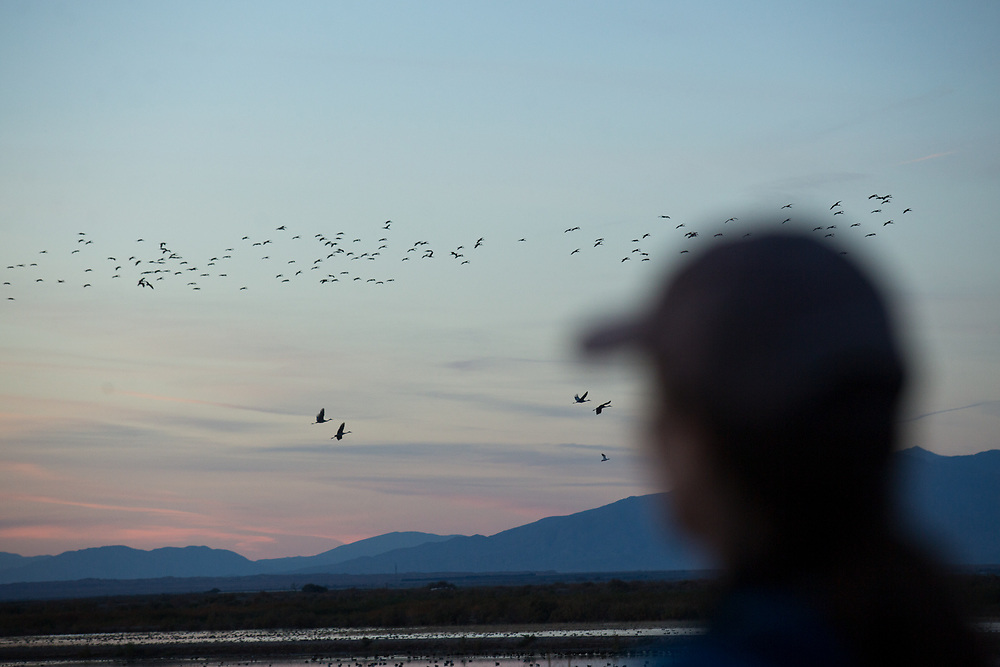